"I Did Not Love You Before"

My first full-time nanny position was with three children: a 5-year-old boy, a 2 ½-year-old boy and an 8-month-old baby girl.  I definitely had my hands full.

The oldest boy was a total chatterbox and knew every single kid in the neighborhood.  We quickly connected when we discussed whether Anakin Skywalker was a good guy or a bad guy (I'm pretty sure I lost the argument).  And winning over an infant isn't that hard.  Keep them fed, dry and cuddled, and a baby will love you.

But the toddler was another thing.  He was tall for his age, blond, and had the most expressive eyes and eyebrows I had ever seen.  And he had an immediate distrust for me.  Maybe it was because he had a pretty nasty ear infection a week after I started, or maybe it was because I had to wake him up from his nap every day so we could pick up his brother from school on time.  It also may have been something much more simpler: I wasn't Mom.

I came home nearly every day upset, and I would complain to my husband that I couldn't get a 2 ½-year-old to like me.  I started questioning whether or not I had made a horrible career mistake.  My husband tried to calm me down and kept telling me to keep trying.

I tried my best to win over the little guy, but he always gave me silent looks that said "I'm counting down the seconds 'til my parents come home."  He'd glare at me with his giant brown eyes, and barely spoke to me most days.  I kept trying to connect with him, while still maintaining my authority.  Things became minimally better each week, as I slowly wore him down and got him to trust me.

Months later, I sat at the coffee table coloring with the boys while the baby practiced walking around us.  We were all pretty quiet while we each worked on our tasks.  But then, the now 3-year-old spoke up.

"Know what?" he said to me, looking off in the distance.  "I did not love you before."  He looked me straight in the eye.  "But I love you now."

And it's moments like that, that make being a nanny so very worth it.
Posted by Tomboy Nanny at 11:05 AM No comments:

In my years of teaching and nannying, I think potty training was one of the hardest tasks.  There are millions of books and blog posts out there that offer advice and plans on how, when and where you should ditch the diapers.

It's hard.  Some kids take to it so easily, they're in clean underwear in a day.  Other kids, it's weeks of messes, crying, frustration... you have no idea how your child will respond.  Well, here's a few things I learned from going through this more than a few times.

First off, don't start too early!  If your friend's kid is potty training, it doesn't mean your kid is ready.  If your child shows no interest in the toilet, don't force it.  This seems to be the toughest part.  Don't stress you and your child out by trying to start before you're ready.  On the other hand, if your kid is showing interest and has a dry diaper after nap, it might be time to start talking to them about it.

Secondly, there is no such thing as overacting.  If your little one uses the toilet correctly, CELEBRATE!  Do a dance!  Cheer!  Give a prize!  Every time.  Not just the first time, every time.  For at least the first few weeks, you need to show that you're super proud of him or her.  Then, when your child seems bored by the whole thing, you can back off.

I'm not a fan of giving food or candy as a prize.  Mainly because, as soon as your child is done eating it, it's gone.  There's no record of the good job they've done.  I'm a big fan of a potty chart.  Usually, just a poster board with a little calendar written on it.  Then the child gets to put a sticker for each successful potty trip.

My only issue with this is, what if your child uses the potty correctly while at a friend's house or in public?  You don't want to haul that poster everywhere!  So I've created gold medals.  They're made out of acrylic yarn, so they're hypoallergenic and machine washable.  It's a necklace that your child can wear, and for each time they use the potty, you add a medal.

These can also be used for chores well done, crossing the street correctly, or whatever else you would like to reward your child for doing.  They're great for positive reinforcement.  I've got different sizes and colors available in my Etsy shop.
Posted by Tomboy Nanny at 9:09 AM No comments:

Hello folks!  I was going to write a long, thought out post about potty training, but I'm just plain exhausted from teaching swim lessons.

But I do have some good news!  I've been featured on the Waldorf on Etsy Blog!  If you're looking for some beautiful gifts, go check them out.  The stuffed tiger (a.k.a. Hobbes) is mine. 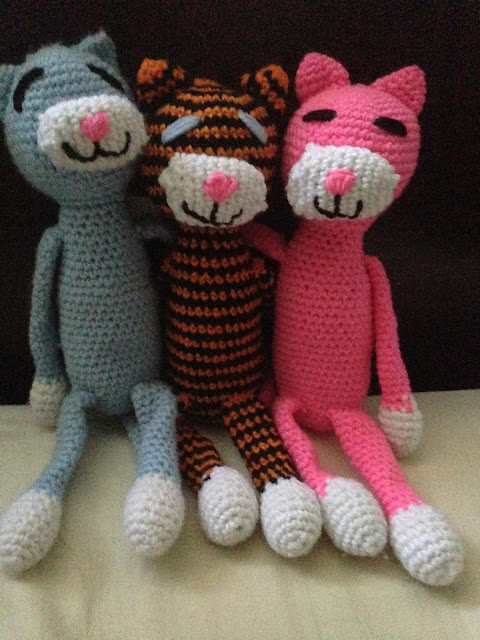 Posted by Tomboy Nanny at 2:00 PM No comments:

Being in charge of a baby or child is stressful.  Whether you're a parent, teacher, nanny, or just taking care of a friend's baby for an hour, it's easy to freak out over the littlest things.  The two words I say the most to parents is DON'T PANIC.  Seriously.

Another thing I have learned is that little ones will remember the last thing.  When I teach swim lessons, I never push the child or baby in the last five minutes.  I always try to end the lesson on positivity, and letting them play with toys.


One of my clients told me about implementing this in a scary situation.  It was the first time he put his infant daughter into a daycare, just for an hour so he could get in a workout.  When he returned, he found mayhem.  Right at that moment, another child BIT his daughter!

I saw her the next day, and right on her cheek was a circular bruise with tiny teeth marks.

Of course, everyone was in a panic.  But my client remembered not to panic and not to leave the daycare while she was crying.  So he sat with her, cuddled her, and calmed her down.  The little boy who bit her was a toddler, who was probably trying to show affection or maybe was just teething terribly.  Either way, this was not out of malice.  My client even sat with the boy to make sure he knew he did nothing wrong.  He stayed calm and collected, and both his daughter and the little boy were able to calm down.  His daughter wasn't seriously hurt, and since he waited until she was in a better mood, she will remember playing with her daddy and a new friend.

So remember, don't panic.  Chances are, it's not as bad as you think.  Your toddler falls and bonks his head?  Assess the situation calmly.  Your baby won't sleep through the night?  This too shall pass.  If you're worried, you're probably doing a better job than you think.
Posted by Tomboy Nanny at 10:34 AM No comments:

The Three Types of Nannies

A while back, my nanny friends and I started to realize one can categorize nannies into three groups. 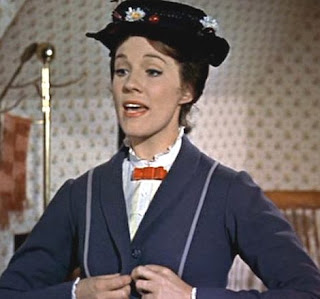 Professional Nanny:  A professional nanny is the woman (or man) with a college degree in some sort of child-related field (education, psychology, child development, etc.), or has years of teaching and/or nannying experience. She'll also have CPR and First Aid training.  This is the person who will discipline your child, and teach them everything from manners to their ABCs.  She is your partner in the raising of your children.  She will schedule playdates, make recommendations on classes, create games that stimulate your child, and so much more.  Yes, professional nannies cost more, but they work hard for it. 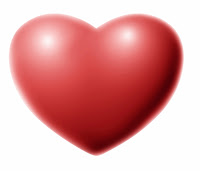 "I Love You" Nanny:  I have known some great "I love you" nannies, that truly adore their charges.  They will kiss and cuddle your baby every single moment, and your child will be safe with her.  She'll take them to the library storytime and the park, but won't necessarily do much more to stimulate them.  I honestly see no problem in employing one of these nannies, just know that you will have to do all of the intellectual stimulation of your child.  An "I Love You" nanny will probably not help with homework. 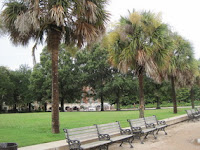 Park Bench Nanny:  These nannies are the ones that ruin it for the rest of us.  She just sits on the park bench the entire time, barely watching her charges.  She's probably talking on her phone, stopping every once in a while to bark orders at the children.  Why this woman works in childcare is beyond me, since the park bench nanny doesn't seem to even like kids.  These nannies scare me, because if they're this mean to their charges in public, what happens behind closed doors?
Posted by Tomboy Nanny at 2:05 PM No comments:

How to Start Independent Play

Independent play is an awesome activity for children of all ages, and there are countless articles out there about the importance of it.  But how do you start?  If you think you've over-scheduled your child, how do break that cycle?

If your child's school year was hyper scheduled, with activities all the way until dinnertime and now you want him or her to play independently, they will probably have a tough time at first.  They will look to you for direction, and want you to entertain them.  If you want your child to reap the benefits of independent play, you have to help them at first.

When I started this with a 5-year-old, he was used to being entertained constantly.  I asked him what he would like to do in the house, like draw or play with Legos.  He picked drawing pictures.  So I got out a stack of paper, some markers and crayons.

"What should I draw?" he asked.

"Draw whatever you'd like," I responded.  I wanted him to choose.

He stared at me, not really sure what to do, so I began to doodle on another paper.  He started drawing too, pretty much the same thing I was drawing.  That's when I knew he needed a little guidance.  So we drew together a bit, and then I told him I needed to start dinner, and that I would come back in two minutes.

That was all the time I gave him.  The next day, he played with his action figures for five minutes without me in the room.  I slowly increased the time, until he could go a half hour without me.  If he needed help with something, or wanted to show me something, I didn't ignore him.  I celebrated his accomplishments and aided him when he needed help.

Now he loves his independent play time in the house!  He builds his own cities with Legos, fights zombies with his action figures, or draws a pretty beach scene.  I try and give him a half hour each day after camp that's completely unscheduled.  His favorite day is Fridays, since we never have anything scheduled.
Posted by Tomboy Nanny at 8:03 AM No comments: